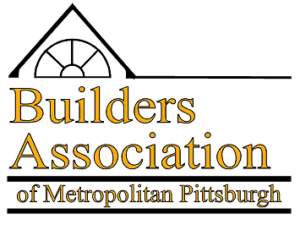 The Builders Association of Metropolitan Pittsburgh (BAMP) filed suit against the City of Pittsburgh in federal district court on behalf of its 400 member companies, challenging the City’s adoption of its Inclusionary Zoning Ordinance as unconstitutional and a violation of Pennsylvania’s Home Rule and Optional Plans Law. The Ordinance—which began in 2019 as a pilot program in the City’s Lawrenceville neighborhood—was expanded last week to include the Bloomfield and Polish Hill neighborhoods. The Ordinance requires developers building or substantially improving 20 or more units to set aside 10% of housing for people of low or modest incomes.

While supporters of the Ordinance claim that it will increase the amount of affordable housing in the City, the opposite is likely to occur, according to BAMP’s Executive Director Jim Eichenlaub. “The Ordinance effectively is a tax on housing. It forces real estate developers—or the other 90% of the units—to subsidize the cost of the so-called ‘inclusionary units.’ This, in turn, will increase the cost of new housing. As a result, the Ordinance will further limit the housing opportunities of lower- to moderate-income families.”

A recent op-ed in The Wall Street Journal titled, “How Not to Build Affordable Housing,” explained this phenomenon:

Some developers will respond to the Pittsburgh mandate by building more luxury apartments to offset the cost of the ones they have to rent for artificially low prices. Others will avoid the requirement by building apartments with fewer than 20 units. And some may choose not to build apartments in the neighborhoods where the zoning requirements are in effect—or in Pittsburgh at all. None of this will increase the city’s stock of affordable housing.
* * *
And when you tax something, you get less of it. Portland, Ore., introduced inclusionary zoning in 2017. Permits for residential buildings with 20 or more units plummeted by 64% in 25 month[s] as developers went smaller to get around the mandate. The nonprofit Up for Growth concluded that ‘rather than increasing the number of affordable units,’ the zoning scheme ‘appears to be diminishing the supply of housing at nearly all income levels.’

Since 1938, BAMP has been a staunch advocate for affordable housing, promoting public policies that serve to make the American Dream of home ownership a possibility for all. However, “the Ordinance is not designed to provide affordable housing. It is designed to provide affordable luxury housing and only to a select group of Pittsburghers, while forcing everyone else to absorb the cost,” Eichenlaub said. He added: “Pittsburgh does not have an affordable housing problem.” The statistics back up this assertion. According to the 2022 edition of Demographia International Housing Affordability—a study developed by the nonprofit think tank Urban Reform Institute and the Frontier Centre for Public Policy—Pittsburgh is ranked the most affordable housing market out of 92 cities in eight countries.

The suit seeks to strike down the Ordinance, arguing that “the City improperly seeks to shift the burden to fund low- and moderate-income housing from the general public to a select population, namely residential real estate developers,” adding: “The imposition of this burden on BAMP members constitutes an improper taking of private property without just compensation, in violation of the Taking Clause of the Fifth Amendment.” The suit also contends that, “[b]y placing onerous, costly conditions on developers’ ability to construct, market, sell, and/or rent their properties, the City is engaging in conduct expressly prohibited by the Home Rule Law.” The suit seeks declaratory and injunctive relief.

“It is our hope and desire that, by striking down this unconstitutional, illegal, and confiscatory ordinance, BAMP, elected officials, and the great residents of the City of Pittsburgh can collectively work to address the areas that impact, directly, on the cost of home construction and develop a workable strategy, based on Pittsburgh’s rich history of public-private partnership, to expand homeownership and rental opportunities,” Eichenlaub said. A copy of the Complaint in “Builders Association of Metropolitan Pittsburgh v. City of Pittsburgh, et al.” and pending before the United States District Court for the Western District of Pennsylvania is enclosed. (The docket number is pending).