PBA Mourns the Death of Past President Arthur Schwotzer 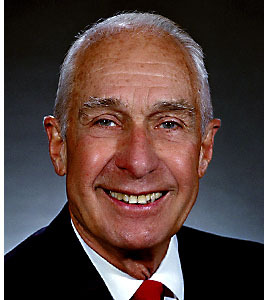 Arthur C. Schwotzer was the President of PBA in 1970. He was a member of the Builders Association of Metropolitan Pittsburgh. Our thoughts and prayers are with Mr. Schwotzer’s family. Below is Mr. Schwotzer’s obituary as printed in the Pittsburgh Post-Gazette.

Arthur Carl Schwotzer, of Peters Township, passed away on December 1, 2022, at the age of 96, with family by his side.

Arthur served in the United States Army from 1945-1946. He was a graduate of the School of Electrical Engineering at the University of Pittsburgh. He was an honorary alumnus from Carnegie Mellon University for his role in founding, and being the former President of Cornerstones, a Carnegie Mellon School of Architecture effort devoted to strengthening Pittsburgh’s future, and co-founding and being a former director of Carnegie Mellon University’s Academy for Lifelong Learning. Arthur served as the former President of the Master Builders Association of Pittsburgh. He founded and was the former President of multiple companies including the real estate development and management companies; Crossgates Inc. and Crossgates Management Inc. He was an active member of several clubs including the Duquesne Club, the Teutonia Mannerchor, the Royal Order of Jesters, the Freemasons, and Valley Brook Country Club.

Arthur had many passions in life including real estate, travel, collecting antiques, and spending time with family. Anyone who knew Arthur was familiar with his optimistic personality, his strong work ethic, his caring nature, his love for singing, and his desire to learn. He will be dearly missed.

Please refer to Beinhauer for viewing arrangements including flowers and donations to the American Heart Association and the American Cancer Society.